Today marks the end of week 36 of pregnancy and Sarah is in full-blown nesting mode. Everything just seems to be moving in slow motion, I’m totally ready to meet our daughter. The good news is, we only have 4 weeks left at the very most!

Sarah has officially begun her Maternity leave. Last Friday her work friends threw her a leaving party which involved doing an escape room activity and they went for food afterwards. When she arrived home she was a bit emotional as I don’t think she knows what to do with herself.  She has been relaxed though and has been ‘getting things done’ around the house.  This has mainly been furiously cleaning everything we own.  I think I’ve heard it mentioned as nesting.

Sarah reminds me of Monica from Friends with the way she cleans, but this is just next level.  We have wood flooring throughout our house and you could eat your dinner off them at the moment.  Our bedroom is absolutely spotless. We’re quite house proud people but all of the ‘crap’ usually ends up in our bedroom so she wanted it gutted before the baby arrives. As I’m typing this she’s currently scrubbing the bathroom making sure everything is perfect for our arrival. There’s me thinking her going on maternity leave would allow her to relax but it’s been quite the opposite.

I’ve probably mentioned this before, but Sarah is one of 5 of her friends who are having babies around the same time.  We had IVF and fell pregnant, then within weeks, 4 others fell pregnant.  I think it’s going to be really nice for Sarah to have her close friends around while on maternity leave when I’m working.  They can support each other and keep each other company. This week was quite special as one of Sarahs best friends actually came early. 5 weeks early. It was a massive shock to us all but I’m happy to be able to say baby and mother are fine and they’ll hopefully be home soon.

Her waters broke on Friday and she was given steroids to help the baby’s lungs develop as it was a little too soon. She ended up going into labour on Saturday morning and an hour and 12 minutes later little Joseph was born. I’ve been teasing Sarah saying because her friend had the ‘easy’ labour she’s going to be the one who’s in for 3 days.  I know I shouldn’t but I couldn’t help myself. That’s the other good thing about her being heavily pregnant.  I can chat any amounts of shit and she can’t do anything but waddle towards me.

Well, I say babysitting.  We’ve got my youngest sister stopping over this weekend.  She’s 17 and this weekend will be her first night out on the town with her friends.  Mother Goose is away so my sister is staying with us.  I was talking to mam the other day and she’s really stressing about my sister going out.  Rightly so, really. She’s only 17 and she thinks she’s going to get spiked/get abducted etc. etc.  I tried to tell her she’s going to be fine and we’ll pick her up but I guess it’s just her motherly instincts kicking in.

It had me thinking.  I wonder if I’m going to be super protective or will I be worried sick when our daughter reaches this age?  Probably. But I guess at this age you can’t really control kids anymore.  You have to let them have experiences and inevitably learn from their mistakes. I’m not really too worried about her though, she’s got her head screwed on for being a young kid and if it turns out they don’t get in anywhere, which they probably won’t Sarah and I can always arrange to pick them up.

I guess we’ll see how this all pans out in next weeks blog! Oh, completely unrelated, but if you haven’t tried the Aldi Beef Burrito...you absolutely must!  It’s a rolled up Yorkshire pudding packed with beef.  Delicious! 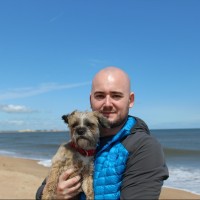 About Shaun
My name is Shaun, I’m a 30-year-old web developer residing in sunny England and this is Baby vs Beard. A blog following my journey as a first-time parent. In 2006 I met my beautiful other half Sarah. Fast forward 11 years, we’re happily married and expecting our first born in October 2017. I have created this blog to document our journey through pregnancy and parenthood. 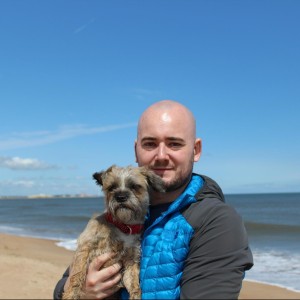